The streaming-hub app Plex has long endeared itself to a certain kind of media consumer—one who'd prefer to rip and stream their own purchased content from a home computer instead of relying on subscriptions. But while Plex has experimented with new features and media options over the past decade-plus, this week sees the service take its first-ever stab at interactive media. As in, games.

Plex Arcade is now live as a paid add-on service, and it promises to let you stream your existing, classic gaming library from a home PC to a variety of Plex-compatible devices. That means you can put your favorite classic game ROMs next to your music, TV, and film libraries, and you can beam those to compatible devices, either at home or afar. For some users, this is a dream scenario: centralize your classic games on one device, then access them everywhere, instead of having to manually set up each phone and set-top box with emulators and ROMs.

But Plex Arcade's first day is a bumpy one, and even if the service patches things up, it's a clear reminder why streaming classic games from a hub computer isn't nearly as handy as streaming other media.

It appears you are looking for the sub-FAQ

We should begin with the service's biggest red flag: a $4.99 monthly fee, or $2.99/mo if you already pay for Plex Pass (which comes in monthly, annual, and 'lifetime' payment tiers). While we understand charging for the add-on service if you're in Plex's free tier, the added charge for existing Plex Pass subscribers throws us for a loop. One way Plex explains this charge is that the service comes with 27 Atari-published games for arcades and consoles, with the usual Atari hits (Asteroids, Missile Command, Centipede) along with a few end-of-an-era 7800 curios (Basketbrawl, Fatal Run, Motor Psycho).

But Plex Arcade's monthly fee includes zero hints about a growing library of licensed arcade classics (a la Nintendo Switch Online's slowly growing library). The cost for those users, at that point, becomes a hope that Plex Arcade delivers a pristine, drop-and-play experience, much like you can expect after ripping a TV series' DVDs and then accessing them through an auto-sorted Plex interface on a range of Plex-supported platforms (Amazon Fire TV, Apple TV, Android TV, iOS, Android). But Plex Arcade doesn't quite work that way.

The service's sales pitch is as follows: 'Browse old-school favorites from the Atari library or start adding your own game ROMs, then let the gaming begin!' The latter part sounds appealing: our own ROMs (which, in this day and age, are easier to self-rip or purchase as part of licensed ROM collections). Why wait for a rights handler to get my favorite SNES or Game Boy classic titles dumped to a modern platform when Plex can help me serve my own ROMs from my computer to other devices? This sales pitch hints to an instant process, and you'd be fooled into thinking it's that simple when you point your Plex Media Server app to a directory full of your own game ROMs (after installing Parsec as a prerequisite). When I did this, I waited for the scanning process to conclude, and then I found my Plex mobile app had gotten some nifty new tabs: 'Arcade,' 'Game Boy,' 'Nintendo Entertainment System,' 'Sega Genesis,' 'Super Nintendo Entertainment System,' and 'Nintendo 64.' (ROMs from my GameCube, Wii, Xbox, and PlayStation 1 folders did not get picked up.)

Advertisement Excitedly, I tried booting games from each of those platforms on my smartphone, only to get an endlessly looping 'loading' animation on a black screen. Confused, I went into the Windows interface to see if I could boot the games there, at which point I was met with an error message: 'The core mapping file is missing a core for [console name].' Good thing I did this on my Windows rig, since this at least pointed me to the problem; the lack of verbose warnings on Plex's smartphone app seems like a glaring omission at this early stage in the service's life.

I looked through the service's FAQ and felt confused, so I reached out to Plex representatives, who pointed me to a sub-FAQ about emulators. As it turns out, while Plex Arcade is smart enough to recognize ROMs and immediately silo them into respective 'platform' tabs, it otherwise forces users to procure their own emulation cores—specifically ones built for the RetroArch interface. Plex goes so far as to suggest that users download RetroArch outright and use its automatic core-update system, then drag-and-drop those core DLL files into Plex's interface (and this includes exposing the 'AppData' folder that Windows hides by default, which Plex doesn't clarify for brand-new users). Then you have to manually edit an XML file and use precise metadata tags to tell Plex Arcade that you indeed downloaded those cores. (A single typo could nuke the whole file.)

Like, why can't you do all of that, Plex?

In better news, Plex Arcade does a decent job grabbing metadata about the ROMs you load into the interface, complete with splash images and sortable information (release year, publisher, genre), though the gathered information is hit or miss—and apparently sourced from igdb.com, which has its fair share of typos depending on which game you're looking up. And the app plays nicely with the usual gamut of Bluetooth gamepads, along with direct-connection controller options like the Razer Kishi.

Once you're inside a game, the issues continue to mount. Most severely, Plex Arcade offers zero useful emulation options. Want to remap controls (especially with N64 games, which do not map to Xinput)? Change rendering resolution? Choose a screen ratio? Add or modify visual filters? Create midgame 'save states,' which you can then transfer from one Plex device to another? The answer to all of those is 'no.' (To the point about save states: Plex Arcade does seem to support 'freezing' midgame and coming back later, but I've seen this crash inconsistently, and there's no way to manually trigger a reliable save state.) There's also the matter of screen resizing not being customizable depending on whether you use a connected gamepad or on-screen controls. In some games, like the included Super Breakout arcade version, the on-screen control grid obscures the gameplay if you play in vertical orientation.

Perhaps worst of all, as of press time, the on-screen control system maps its 'd-pad' to RetroArch's d-pad functionality... which means none of the included Atari games work. Whether from Atari's consoles or arcade releases, these 27 games require joystick mapping, not d-pad mapping, within the RetroArch ecosystem. We hope you enjoy only shooting guns and propelling directly forward in Asteroids, because until we hear otherwise, steering is out of the question.

Streaming from a Plex server to a phone makes the most sense if you're itching to play high-end games that a phone can't necessarily emulate. But Plex Arcade is inherently limited to classic gaming's simplest consoles—probably because newer consoles often require ripping a BIOS file (or coding your own) to work, and that crosses a legal line. Plex Arcade's supported emulation platforms don't need to go so far. The most 'advanced' supported system, N64, already has a range of solid emulators designed for mobile SoCs.

Thus, beyond a lack of configuration options, Plex Arcade's sales pitch is pretty laughable from a gameplay standpoint. The smartest thing to do with twitchy, classic gaming on the go is to directly install emulators and ROMs, and Plex Arcade's supported platforms are all (for the most part) easy enough to jailbreak or sideload emulation content onto. RetroArch has long been optimized for Snapdragons and other mobile-friendly SoCs in the world.

Thanks to issues with getting RetroArch's cores loaded, I could only test the included pack of Atari games during the service's first buggy day. As in, the simplest fare imaginable. Yet these games all suffered noticeably from input lag while trying to use the Plex app on an Android phone connected to my router's 5GHz band. All of this, for an Atari game library that doesn't exceed 1.2MB of on-disk storage. (Hilariously, Plex Arcade doesn't bother encrypting its 27-game Atari library, so you can conceivably sign up for the service's seven-day free trial, copy and paste the 1.2MB of files elsewhere, then cancel.) 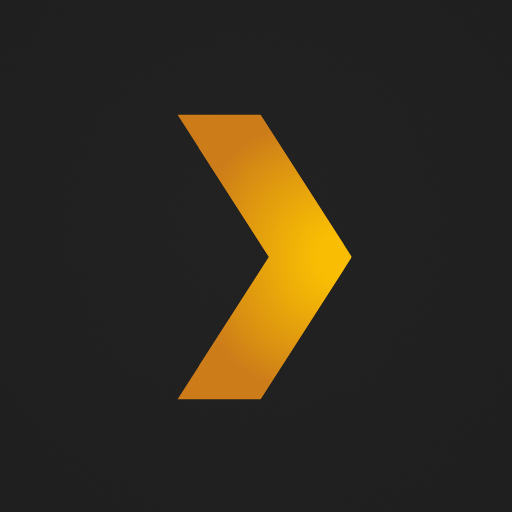 Plex Arcade could conceivably smooth out the aforementioned issues in future updates, particularly in exposing each RetroArch core's range of options. And anybody who's already a Plex user can understand the appeal: beam classic ROMs to supported Plex devices and trade some latency for the convenience.

But the fact of the matter is, Plex Arcade launched with a bonkers requirement that users pick through hidden directories, manually edit an XML file, and procure their own RetroArch cores, should they wish to go beyond the service's 27 built-in games. And those users get to pay a monthly fee for that privilege. That public paid launch plan doesn't make me confident that Plex has a simpler plug-and-play plan in store, at least not in the near future.

Hence, until Plex convinces us otherwise, we'll continue to direct interested retro gamers toward RetroArch installs on their favorite mobile devices or set-top boxes. And even if you're interested, perhaps wait to use the service's one-time, seven-day free trial until Plex Arcade gets more of its feature set sorted out.