OOP (Object Oriented Programming) is a programming concept (or technique), which treats data and functions as objects. First, important to this concept is to understand the difference between a Class and an Object. Classes - A class is a 'blueprint' for an object, is a code template used to generate objects. PHP OOP - Destructor ❮ Previous Next ❯ PHP - The destruct Function A destructor is called when the object is destructed or the script is stopped or exited.

PHP 5 is very very flexible in accessing member variables and member functions. These access methods maybe look unusual and unnecessary at first glance; but they are very useful sometimes; specially when you work with SimpleXML classes and objects. 99 Bottles of OOP is a practical guide to writing cost-effective, maintainable, and pleasing object-oriented code. Now available in JavaScript, PHP, and Ruby! It explores: Recognizing when code is 'good enough' Getting the best value from Test-Driven Development (TDD) Doing proper refactoring, not random 'rehacktoring' Locating concepts buried.

OOP (Object Oriented Programming) is a programming concept (or technique), which treats data and functions as objects.
First, important to this concept is to understand the difference between a Class and an Object.
Classes
- A class is a 'blueprint' for an object, is a code template used to generate objects. It contins the code for properties and methods.
Objects
An object is the copied and active form of a class. It's an instance of its class, copied into memory, and can use the properties and methods defined in the class.
For example, to understand, you can think of a class as a blueprint for constructing an house. Many houses can be built from the same blueprint, so, the object is the house created according to that blueprint. You can build multiple objects that have the properties defined in the class.
- An object is a concrete entity constructed using the blueprint provided by a class.
• In OOP (Object Oriented Programming) are encountered the terms: 'Encapsulation', 'Inheritance' and 'Polymorphism'.
Encapsulation - Encapsulation is the ability of an object to protect the data (properties) of a class from outside influences. You can use a class (its properties) through an object instance, without having access to its code.
Inheritance
- Inheritance is the ability of a class to copy or inherit the properties and methods of a parent class.
Polymorphism
Polymorphism is a class ability to do more different things, or use one class or another to achieve the same thing, having similar functions.

To create a class use the class keyword and a name. Class names can be any combination of numbers and letters, although they must not begin with a number.
The code associated with a class must be enclosed within braces. A good rule to follow is to put each class into its own file and to name that file 'class.[ ClassName ].php'.

In the class body are defined its properties and methods.

- Properties are variables defined inside the class.
- Methods are functions created within the class, with the word 'function'. 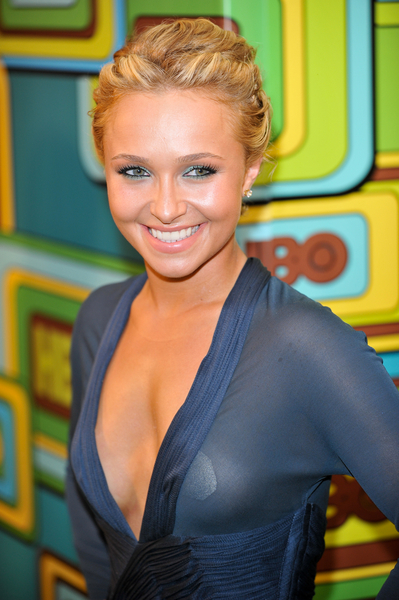 The name of the variable (property) and the 'function' word must be preceded by a specific attribute that determines the level of access that is allowed for the property or the method to be accessed outside its class. This can be: public, protected, or private.

If no attribute is added, it is considered 'public'.
- Full syntax to create a class is:

Here is an example of a simple class that contains two properties, one with the public attribute (called $site), the second with private (called $category) and a method with the public attribute (named 'pages'). - This is the class named SiteClas. To can use it in any script, save it in a separate file, called 'class.SiteClas.php'.
- $this variable is used to make the object can get information about itself. '$this->site' indicates / makes to be called the 'site' property of the current object of this class.

When accessing properties, you need only one $. The syntax is $obj->property
The property variable is declared as public $property and accessed using $obj->property.

Once a class is created, to be used in your script, you must instantiate an object of that class. The instance is declared in the PHP script with the new operator, followed by the name of the class and two parentheses.
- Syntax: - $object_Name is the name of the object by which can be used properties and methods of that class.
- Example:
Here's how to use the SiteClas class defined above (for explanation, see the comments in code). - As you can see, first you must include the file containing the class, with the include() function.
- Before you can use the properties and methods defined in the class, you must create an object instance of the class, becouse only with that object the public properties and methods can be accessed, using the following sintax. - 'element' can be any public property or public method.
By calling the 'pages()' method, in the example above ( $objSite->pages('php-oop-classes-objects'); ) will be executed the code of the 'pages()' function defined in the class, which displays a URL address with its argument.

- Notice that the value of the public properties can be modified in the script. The 'site' property can be accesed to use its value as well as for adding a new value to it (here the string 'www.mnarplo.net/').
The example above will output:
https://coursesweb.net/
https://coursesweb.net/php-mysql/php-oop-classes-objects
marplo.net/php-mysql/oop-clase-obiecte.html
If you try to access a private property in the script, outside the class body (here 'category'), for example: $objSite->category; , will generate an error like the folowing:

The value assigned to a property through the instance of an object can be of any type: string, number, boolean, array or another object.

PHP 5 is very very flexible in accessing member variables and member functions. These access methods maybe look unusual and unnecessary at first glance; but they are very useful sometimes; specially when you work with SimpleXML classes and objects. I have posted a similar comment in SimpleXML function reference section, but this one is more comprehensive.
I use the following class as reference for all examples:
<?php
class Foo {
public $aMemberVar = 'aMemberVar Member Variable';
public $aFuncName = 'aMemberFunc';
function aMemberFunc() {
print 'Inside `aMemberFunc()`';
}
}
$foo = new Foo;
?>