This animated sketch shows the angle of the first order minima: the first minimum on either side of the central maximum. We call the slit width a, and we imagine it divided into two equal halves. Using the Huygens' construction, we consider a point at the very top of the slit, and another point a distance a/2 below it, i.e. a point at the very top of the lower half of the slit. Consider parallel rays from both points, at angle θ to the axis of symmetry. (Why parallel? Because the screen is distant. Typically in diffraction experiments, the slit is ~ 10 µm wide, while the distance to the screen might be ~ 1 m.)

The ray from the distance a/2 below has to travel an extra distance (a sin θ/2). If this distance is half a wavelength, i.e. if 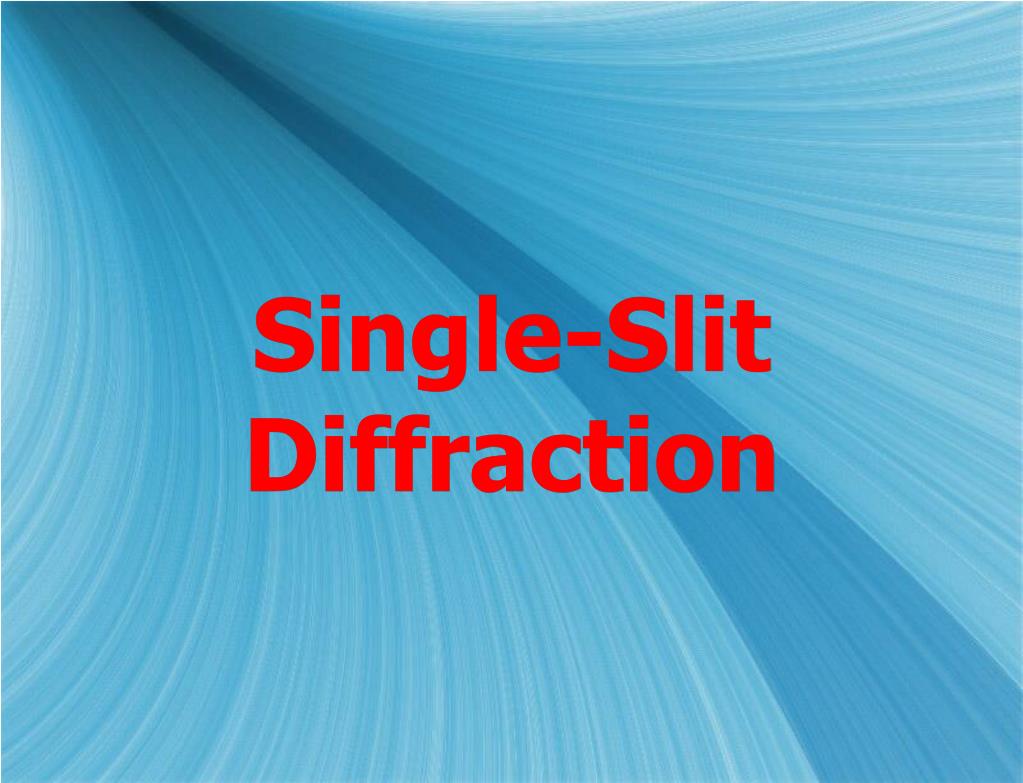 So the first mimimum has sin θ = λ/a. On the other side of the axis of symmetry, sin θ = –λ/a is also a minimum. These two minima limit the broad central maximum.